Hamburg, July 22, 2021 – Goodgame Studios, leading developer and publisher of online video games on browser and mobile devices, is preparing for a special day this August: Online-strategy-hit Goodgame Empire will reach a magical milestone and celebrates its tenth anniversary! 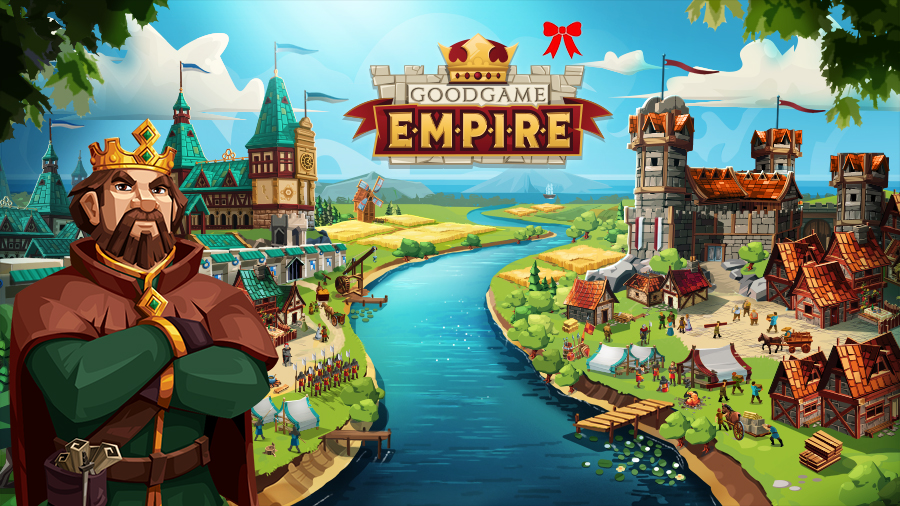 Goodgame Empire first saw the light of online-browser-day as a beta version on August 14, 2011. Within a short period of time, the new product evolved into the Hamburg-developer’s biggest success, still reigning supreme to this day. More than 12 million gamers established their new kingdoms during the first year.

The game got monthly content updates right from the start, and technological challenges such as moving from Flash to HTML5 have been mastered along the way. To this day, more than 120 million players in more than 240 countries have registered for Goodgame Empire, which has been localized into 26 languages. In 2013, mobile app Empire: Four Kingdoms launched to more international success and remains the most successful app made by a German company.

Oleg Rößger, CEO of Goodgame Studios states: “It’s not easy to condense 10 years of achievement and experience into a few sentences. Goodgame Empire has grown into a sustainable, competitive, and internationally successful product. We mastered technological advancements and implemented a strategy that balances continuous evolution and a dialogue with our community of players. My personal gratitude goes out to our loyal community as well as our dedicated employees – we have only been able to come so far thanks to you, and we will continue to write history together!”

Fun facts: Until now, Goodgame Empire players have spent more than 250 billion hours within their fictional kingdoms in more than four billion sessions. This has resulted in more than six billion simulated battles, in which about 1.2 trillion virtual troops have fallen and over 175 million castles have been plundered.

Verena Schnaus, CFO at Goodgame Studios, adds: “Ten years of Goodgame Empire reinforces the international success of our business ideal, focusing on sustainable free-to-play quality, “Made in Germany”. We are extraordinarily proud of the goals we have achieved and establishing EMPIRE as a renowned brand worldwide using our targeted product strategy. We are looking forward to the coming years and more successful projects that will carry the Goodgame Studios signature.”

Goodgame Studios is a leading developer and publisher of gaming software, specializing in the free-to-play sector. Its focus is on mobile and browser games. The company offers games in 26 languages and has over 500 million registered users worldwide. Empire: Four Kingdoms – the world’s all-time highest grossing app produced by a German company – is part of Goodgame Studios’ portfolio. The games developer was founded in Hamburg in 2009. In addition to the head office in Germany, the company has a subsidiary in Tokyo. Since January 2018, Goodgame Studios has been part of Stillfront Group, a leading free-to-play powerhouse of gaming studios. For further information, please visit www.goodgamestudios.com.