Goodgame Studios, a leading developer and publisher of gaming software, announced today a return to consistent profitability following a recent strategic restructuring of its operations. In addition, the Company announced that two new mobile titles are in development, expected to launch in early 2018.

Since the beginning of the year, founders of Goodgame, Kai and Christian Wawrzinek returned to their executive positions of CEO and CSO respectively, and reflect on the recent changes at the studio. “The restructuring was definitely one of the toughest periods of the company’s history,” said Christian Wawrzinek, CSO of Goodgame Studios. “Nearly everybody in the company had to say goodbye to talented colleagues who will be missed and to whom we thank for their dedication and service. As painful as it’s been to undergo this process, there is no doubt that we were doing what we believe necessary to ensure long-term growth and financial stability.”

Commenting further, Christian Wawrzinek  reflects on how gratifying it is to see Goodgame Studios return to constant profitability. “Before the reorganization, we focused our efforts heavily on creating new games in new genres while neglecting the needs of our loyal audience who are playing our current titles. Following the strategic realignment, two of our blockbusters ‘Goodgame Empire’ and ‘Big Farm’ have our full attention and have also been switched to a more user-centered development approach since the beginning of the year.” 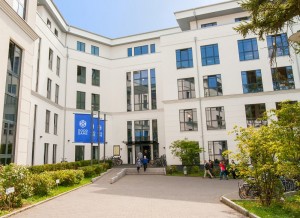 “Goodgame Empire is six years old now, and we’re proud that the title is still the most successful game franchise ever produced in Germany,” emphasizes Kai Wawrzinek CEO of Goodgame Studios. Commenting further, Kai notes that the four-year-old Big Farm brand still delights millions of players worldwide every month. “We have the responsibility to continue the success of these blockbusters, for our players, for our employees and for the whole company. Based on solid revenue, Goodgame wants to build new, sustainable growth.”

Goodgame Studios is expecting a positive operating result for the 2017 financial year, and due to upcoming releases the upward trend might even accelerate in 2018.

Two new games for mobile devices are planned to be released in the first quarter of 2018, and gamers who are fans of web based titles can also expect some exciting news from Goodgame Studios to be announced in due course.