Hamburg, 7 December 2022 – Goodgame Studios reached a new milestone in the company’s history with over one billion euros in revenue generated from its “Empire” brand. The games in the Empire universe include the strategy classic Goodgame Empire and its mobile spin-offs Empire: Four Kingdoms, Empire: Age of Knights and Empire: World War III. More than 220 million registered players from all over the world are enthusiastic about the titles in the Empire universe of the Hamburg-based company. 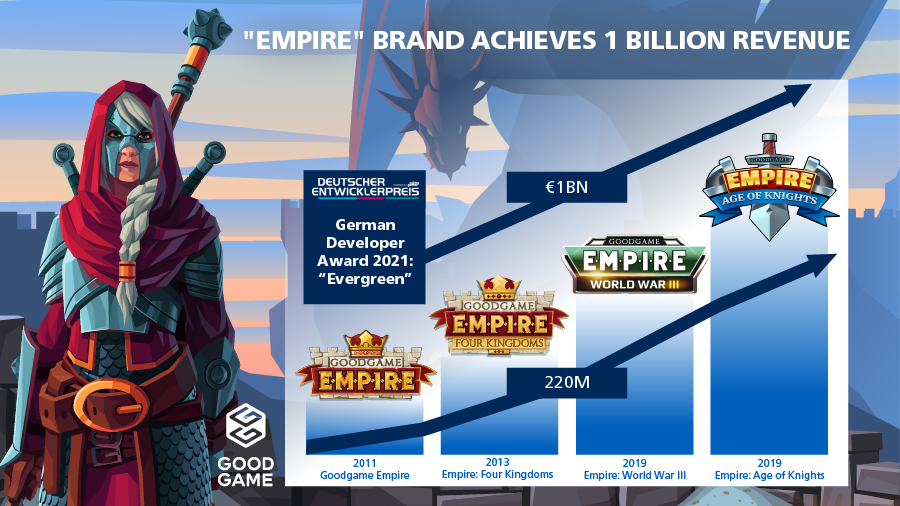 The games of the “Empire” brand are provided with new content and technical updates every month. Goodgame Empire, for example, was migrated from Flash to HTML5 in 2020, and Goodgame Empire and Empire: Four Kingdoms recently introduced the latest update “Generals & Skills”.

“We are very proud to have established an international brand “Made in Germany” generating more than one billion euros in a highly competitive market. It is an outstanding achievement based on constant commitment, distinctive know-how and consistent innovation from all the teams”, says Oleg Rößger, CEO at Goodgame Studios and adds: “I would like to take this opportunity to thank all employees and colleagues at Goodgame Studios, without whose passion this success would not have been possible.”