Hamburg, Germany – October 26, 2021 – Goodgame Studios, a leading German developer of online video games on browser and mobile devices with more than 500 million registered players, is opening an in-house publishing department, establishing the company as an international publisher of mobile games with the release of War Alliance. Following its expanded distribution of products through strategic partnerships with Microsoft and Huawei this year, the Hamburg-based company will now act as a publisher for War Alliance, a highly competitive, real-time strategy mobile game developed by Berlin studio Magnific Games. 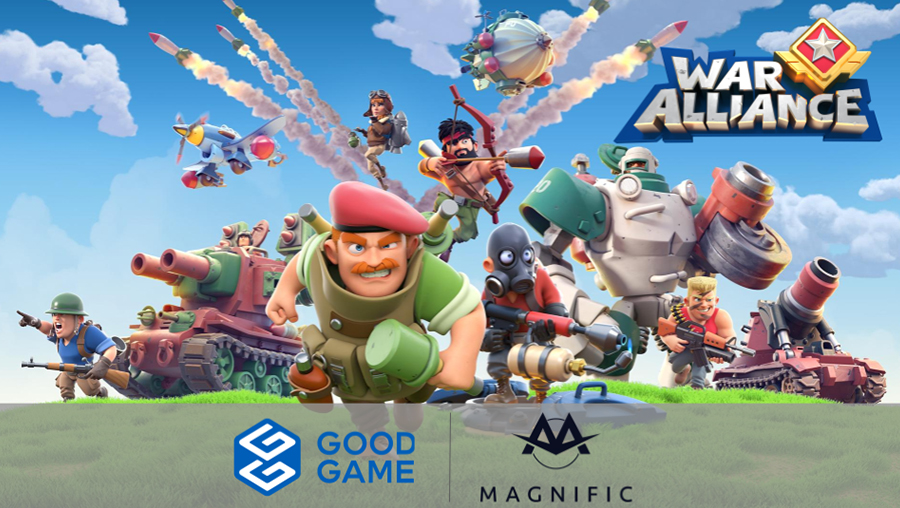 In War Alliance, players wage war in rapid real-time arena battles with opponents from all over the world while controlling a powerful hero on the battlefield themselves. Additional units can be unlocked and put together in a deck of cards to support the hero. A free-to-play game, War Alliance is available as a free download on the App Store and Google Play Store.

Goodgame’s new publishing team is composed of industry experts with decades of experience in the operative management of video games. The team will be led by Nina Müller as Head of Publishing, who previously led the Live Operations Management department at Bigpoint and Goodgame Studios, and actively volunteers for the prototype promotion program for Gamecity Hamburg. Müller will be supported by Caglar Eger, Director of Platform Relations & Partnerships.

“I am looking forward to building out an exciting and efficient publishing division within Goodgame Studios,” said Müller. ”Using our successful portfolio, our knowledgeable team and the strength of War Alliance, I believe we have the perfect mix to create new hits within the market.”

The company’s publishing department will focus on the exploration of potential developers and the composition of lasting partnerships with intensive collaboration. Goodgame Studio will leverage its internal experts in the process, spanning many areas, including product management, business development, performance marketing and business intelligence to provide excellent support, as well as to boost the scaling of free-to-play games.

“In Goodgame Studios, we managed to find a real partner who offers extensive knowledge and experience that will help exhilarate the publishing of War Alliance, bringing the game to even more players worldwide,” said Johann Caron, co-founder & technical art director at Magnific Games. “We look forward to collaborating with our colleagues in Hamburg over the next many years.”

Additionally, in partnership with Gamecity Hamburg, Goodgame Studios will also be hosting a live publishing panel (broadcast suited for developers) today, October 26 at 6pm CEST / 9am PT. Registration for the event can be found here: http://ggs.social/ebgchpb

For more information on War Alliance, or to download the game for free, visit the game’s Apple App Store and Google PLAY Store.

War Alliance is a free-to-play real-time pvp-arena game, which combines tower defense aspects, card deck building, and MOBA-mechanics. Using the perfect mix of deck building and a player-controlled hero, battle swift real-time battles with players all over the world. The game is developed by Berlin studio Magnific Games and published by Goodgame Studios. For further information about the game, please visit www.war-alliance.com.