Hamburg, November 16, 2021 – Goodgame Studios, a leading German publisher and developer of online video games on browser and mobile devices, is collaborating with Miami-based developer, Candywriter, to bring its text-based simulation mobile game, BitLife, to German players. Goodgame and Candywriter – both part of the Stillfront Group – will be combining talent to transcreate and culturally adapt the hit title for the German market. BitLife DE – Lebenssimulation is currently available as a free download on the App Store and Google Play Store. 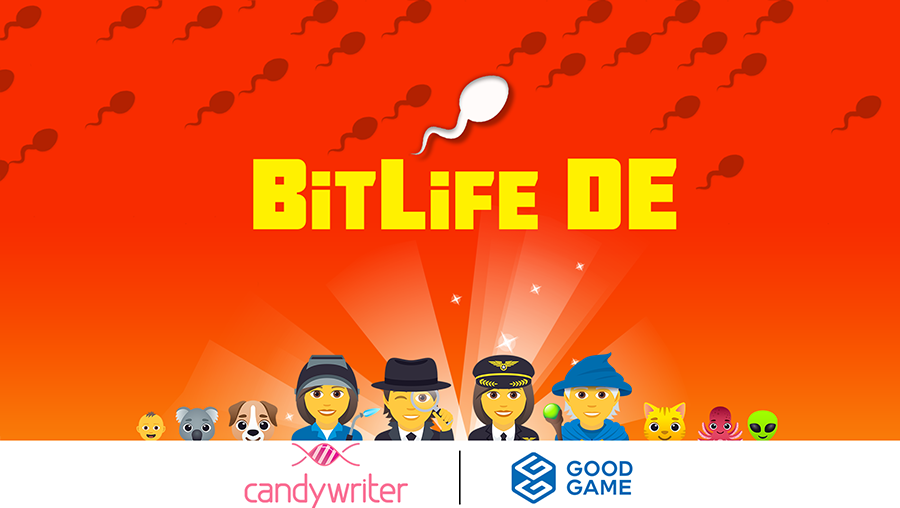 “Our strategic partnership with Candywriter includes extended distribution and transcreation of BitLife DE – Lebenssimulation to German audiences,” said Oleg Rößger, CEO of Goodgame Studios. “With our brilliant marketing team and the collective talent across both studios, we are able to push BitLife’s expansion.”
In BitLife DE – Lebenssimulation, players must make all the right choices in an attempt to become model citizens before it’s too late. Whether it’s marrying the partner of their dreams, building a family or finding the perfect job, players must learn from their past to make a better future. BitLife DE – Lebenssimulation’s humor creates for riveting adventures for the game’s many characters, and while the game features a sandbox concept, it gives players unlimited choices and full control over the character’s virtual lives.
“In Goodgame Studios, we found a strong partner that would assist in bringing BitLife to German players,” said Candywriter Founders, Nadir Khan and Kevin O’Neil. “We look forward to working closely with their team to extend the game’s reach to other communities – as well as in several native languages – in the near future.”
Players looking to adjust the life of their characters can do so with BitLife DE – Lebenssimulation’s God-mode editor, which is available now as an in-app purchase. Also available for purchase is Bitizenship, a feature which can be used to activate even more content and functionalities, as well as the ability to turn off in-game advertisements. In addition, players can use the in-game time machine to revert their avatar’s age to a certain point.
Especially challenging was the transcreation of the simulator, as the text blocks, which are responsible for numerous random events in the game, are hard coded into the game’s development structure.
BitLife DE – Features:
For more information on BitLife DE – Lebenssimulation, or to download the game for free, visit the game’s App Store and Google Play Store.
ABOUT BITLIFE DE – LEBENSSIMULATION
BitLife DE – Lebenssimulation is the official German version of BitLife and created in cooperation between Candywriter and Goodgame Studios. Players can fulfil their dreams in this fun text-based life simulator filled with dark humor. From musical star or influencer all the way to billionaire businessman, ruthless thug or good-for-nothing slob – everything is possible in BitLife DE – Lebenssimulation.
ABOUT GOODGAME STUDIOS
Goodgame Studios is a leading developer and publisher of gaming software, specializing in the free-to-play sector. Its focus is on mobile and browser games. The company offers games in 26 languages and has over 500 million registered users worldwide. Empire: Four Kingdoms – the world’s all-time highest grossing app produced by a German company – is part of Goodgame Studios’ portfolio. The games developer was founded in Hamburg in 2009. In addition to the head office in Germany, the company has a subsidiary in Tokyo. Since January 2018, Goodgame Studios has been part of Stillfront Group, a leading free-to-play powerhouse of gaming studios. For further information please visit www.goodgamestudios.com