The colorful world of arts at Goodgame Studios in Hamburg: Altigi GmbH with vernissage for a good cause

Hamburg, 10 November 2022 – Last Thursday, 3 November 2022, Altigi GmbH held a vernissage with more than a dozen artists from the gaming industry in the office buildings of the Hamburg-based game developer Goodgame Studios. The exhibited artworks, some of which were even created on site, were sold to invited guests and the associated proceeds donated to the non-profit organisation GamesForest.Club to protect more than 1000 sqm of forest. 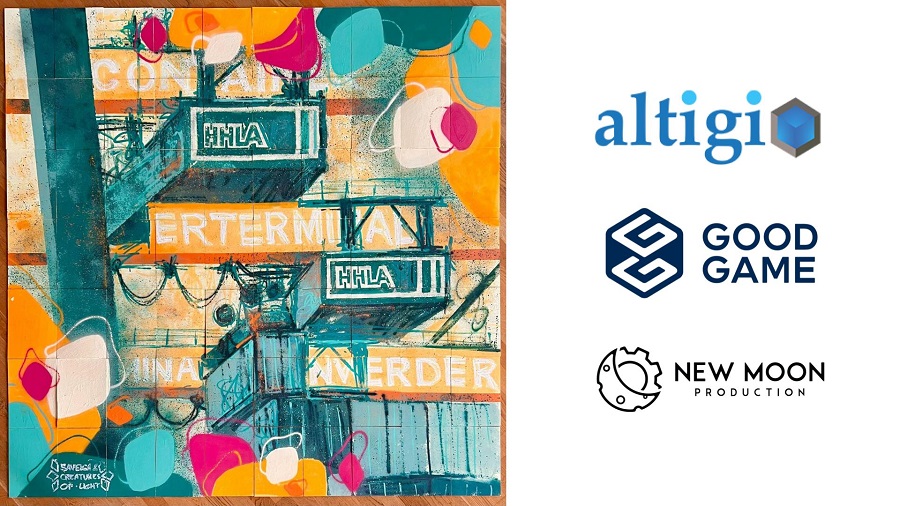 The evening began with the arrival of the invited society with local appetisers and cool drinks, while interactive and audio-visual live music wrapped the framework of the program. The artists in attendance – all employed by Altigi GmbH companies New Moon and Goodgame Studios – had exhibited different stylistic works, which were examined with great interest by the audience. A live street art performance was even run on the Westend Village premises and an oversized work of art was showcased in front of the eyes of the guests.

All the works of the dedicated artists could be purchased and will benefit the GamesForest.Club, which will support reforestation projects near Cologne in North Rhine-Westphalia as well as in South American Peru. Furthermore, the digital “Goodgame Studios / Altigi GmbH” forest will be equipped with newly designed trees matching the event.

“The first Altigi Vernissage at the Goodgame Studios offices was a complete success and we were very pleased to give the participating artists a space for their creativity, while at the same time being able to support Gamesforest.Club as a long-term partner in its projects. We received consistently positive feedback from the invited guests and are already looking forward to future events of this kind,” says Sebastian Frank, Chief Operating Officer of Altigi GmbH.

The subsequent party with live music and convivial small talk was a crowning conclusion to the event.

Sara Velazquez Garcia has a degree in fine arts and is interested in a wide range of artistic fields, including photography, animation, sculpture and street art. During the opening, she spray painted a mural on site combining her street art identities Savelga and Creatures of Light.

Peter Baldwin has been working as an artist in the games industry for over 20 years and has gained experience in a wide variety of fields. For the opening he played a two-hour improvised live set with electronic music, which was accompanied by an animated video in Blade Runner style.

GamesForest.Club is a non-profit organisation leading the games industry to a climate-friendly future by 2030. With data-driven and transparent reforestation and forest conservation, the GamesForest team reduces the environmental footprint of companies and their players, regenerating climate and biodiversity. Innovative solutions make regeneration profitable and take brands on a regenerative journey.

Altigi is a holding company for internet companies with a strong focus on online games. Founded in 2007 in Hamburg, the Altigi network has become the leading publisher of free2play casual games in Germany.